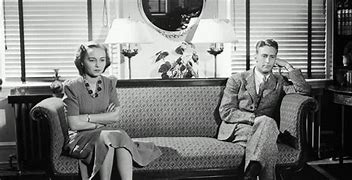 In April of 2011, Dawn and I decided to risk it all and start UNEQ consulting. I had spent the previous 14 years working at the Army’s Maneuver Battle Lab as an Experimentation Manager in the Unmanned Systems Team. My team and I conducted experiments with small unmanned aircraft systems, commonly referred to as drones, and unmanned ground systems, or ground robots. I loved my job; was very good at it; and had earned a great reputation in the unmanned systems community. But still, every day I got up and went to work at a government agency. Bureaucratic BS prevails at all government agencies and that was the part of the job that was troubling me. For months I had a nagging feeling that I was faced with a choice; succumb to the bureaucratic BS, keep my head down and just keep going; or resign my position and go do something else. I was making a six-figure salary, got to work around soldiers a lot, and my work helped to make their lives better. That was the good part. Putting up with the bureaucratic BS was the bad part. Go do something else won out and UNEQ Consulting was born. I closed my 401k, sold all my stock options, and away we went. Dawn agreed to keep working her job with the Army for the time being.

We thought briefly about renting some office space but after careful deliberation decided it was best to work from home. In the beginning, it was great. We had offices set up downstairs and called it the world headquarters of UNEQ Consulting. It was fun. I got to work in my pajamas most of the time and never had to drag myself to the car and drive to work. The first year we took a loss, but the second year we made more than $200,000. The problem with working from home, though, is that you are always at work. Soon enough, when the dogs got me up in the middle of the night to go outside, I would start working. From 2 or 3 am until 8 or 9 am I would be at my desk. I would take a short nap until 10 am or so then get back at it.

The thing is most of that work was just busy work. I was chasing clients. We had contracts with Georgia Tech Research Institute, the Defense Advanced Research Projects Agency and several companies that developed unmanned technology for the Armed Forces and/or First Responders. We were making great money, but I was working 16-18 hours a day trying to get more contracts and was spending near zero quality time with Dawn and the kids we still had at home. It got worse when Dawn’s contract with the Army expired and she started running operations for the company. Her work was invaluable; a definite asset, and truly made a big difference. That wasn’t the problem. I had become an obsessed workaholic jerk. Obsessed workaholic jerks find a way to manufacture arguments and fights over things that are not important. That was me and argue and fight we did. What’s worse than becoming an obsessed workaholic jerk? Knowing that you are one and not caring. I would tell myself that things would get better with Dawn and the kids when we were making millions and none of the fighting and arguments would matter then. For our third year we were on track to make $375,000, then the best thing that has ever happened to me happened.

On Friday, November 1, 2013, my two oldest sons and I were planning to spend the day at our training site getting ready for an event with first responders that was scheduled for the next day. Kevin, Patrick and I went first to a local tire store so Patrick could get new tires put on his car. Patrick was going to catch up to Kevin and me later in the day. Kevin and I got to work and a few hours into it, I climbed a ladder to about 18 feet to hang something on a light post. That is when the best thing that has ever happened to me happened. I fell off that ladder, fell the 18 feet or so and landed on my head on concrete. Wait- that doesn’t sound quite right, does it? How in the world can falling off a ladder and landing on your head on concrete be the best thing that ever happened to anybody? I’ll tell you. In the second that it took to fall that 18 feet, UNEQ Consulting died and with it, so did the obsessed workaholic jerk.

Of course, I am not actually dead. But in that second I went from obsessed workaholic jerk to helpless guy with 4 skull fractures, severed VIII Cranial Nerve, diffuse bleeding in the brain and catastrophic Traumatic Brain Injury who would spend the next 2 and a half months in the hospital learning to walk again. In that second, UNEQ died, the obsessed workaholic jerk died, but our marriage was saved. We wouldn’t know that our marriage was saved until a few years later because I had to recover and learn how to live with hearing loss, Oscillopsia (google it), swimmy brain, and getting to know the new Mike. That was extremely frustrating. Looking back now though, six and half years later, it is clear the accident saved our marriage.
Now, I sometimes think about it all and reflect. UNEQ probably would have gone on to make the millions of dollars I was obsessed with reaching. But, more likely than not, Mike and Dawn would have divorced, and the obsessed workaholic jerk I was would be all alone. That, my friends, is not worth it.

Here are the things I want you to take away from reading my story:

Finally, running your own business is only worth it if you keep the reason why you are building your business in the first place, front and center. You want a better for life for your family, you want your business to impact a lot of people and change the world, but what good is all that if you lose yourself and your family in the process?